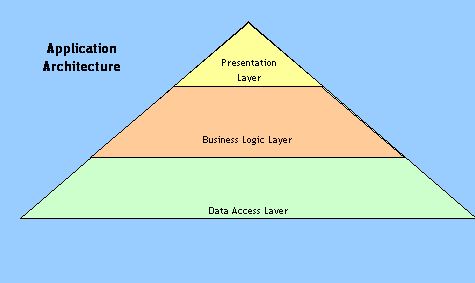 The data access layer consists of the definitions of database tables and columns and the computer logic that is needed to navigate the database.  The data access layer enforces rules regarding the storage and access of information. For example: dates must be valid dates and numeric fields must never contain alphanumeric characters.

For example, the presentation of the web page you are looking at is being handled by your computer or mobile device.  The logic required to consolidate and communicate the visual objects that it needs is occurring on a web server located in Austin, Texas.